I was thrilled to give a keynote speech during the annual conference of the New York State Association for Bilingual Education (NYSABE) on March 15. The theme chosen for NYSABE’s 41st Annual Conference was Uncovering the Talents of Multilingual Learners from Early Childhood through High School and Beyond.

The conference included three days of collaboration and professional development with sessions focused on providing meaningful resources and inspiring direction for educators, researchers, parents, students and other stakeholders. A broad range of innovative topics, ideas and strategies for learners, families and educators were presented.

My talk was titled: “Empowering Families and School Communities for a Future of Education in Two Languages.” I was accompanied by a panel of parents who are actively engaged in creating or advocating for bilingual education in public schools. Nari Kye presented her initiative which seeks to create a Korean dual language program in Brooklyn (on the subject: Building Bridges: Brooklyn’s First Korean Dual Language Program Initiative). Katya Nicolaou presented on the Greek dual-language program initiative in Queens and how she was able to garner the support of hundreds of families in a short time. Chams Linkpon, from Benin, spoke about his daughter’s school, the New York French American Charter School (NYFACS) in Harlem, and how Francophone parents from Africa seek to sustain their linguistic heritage. All delivered a passionate message that bilingual education is for everyone and that it should be offered in every school. 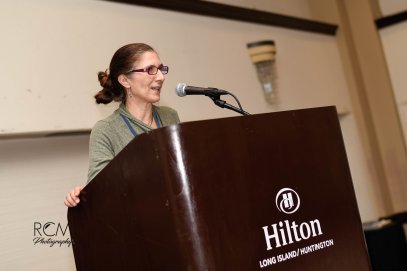