I was happy to moderate a panel on the promotion of bilingual education in New York City and to support at the same time the Russian dual language program (DLP) initiative.

The panel was organized by the Russian DLP initiative and the Harriman Institute at Columbia University. The event focused on establishing a Russian dual language program at a public elementary school on the Upper West Side of Manhattan, and invited parents, educators, and community organizations. 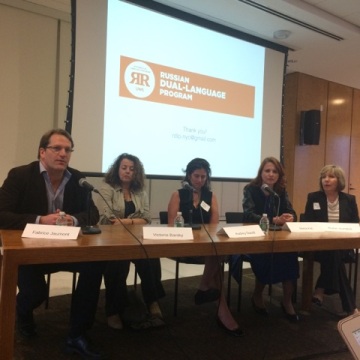 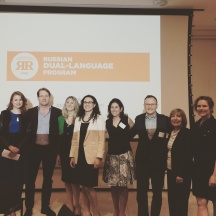 Their initiative was also featured recently in the news: