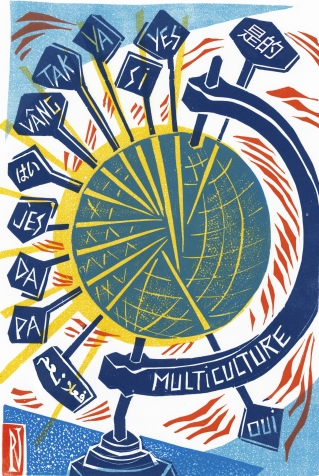 late 1990s. I moved to the United States in 1997 to work as an education liaison for the French Consulate in Boston, during which time I had the opportunity to visit numerous schools across the country. My first encounter with immersion schools was in Massachusetts, in the towns of Milton and Holliston. As a native of France, these programs immediately caught my attention because they offered immersive curricula in French, from Kindergarten to high school, to children in the United States who did not necessarily have a particular connection to the French language or a French-speaking country. More importantly, these programs were in public schools, free of charge, and therefore accessible to every student and family. This made a strong impression on me as I witnessed children mastering my own native language, eventually becoming bilingual and biliterate themselves.

Over the years, the French immersion schools in Massachusetts I first visited have educated thousands upon thousands of children through immersion programs. These schools, along with the educators and the parents that stand behind them, continue to inspire me to this day and have had an enormous influence on my own life and career. Soon after visiting them, I became a director at a private international school in Boston where I managed a rigorous bilingual international program. The families that attended the school believed in its curriculum and language-oriented approach. They saw that the program had the potential to provide life-long skills to their children, and could open doors to a myriad of rewarding opportunities. Like myself, they were convinced of the incredible benefits of bilingualism and were determined to give their children the gift of language.

In 2001, I moved to New York City to become an Education Attaché for the Embassy of France, a position which I still hold today. My work includes collaboration with numerous school leaders, teachers, parent groups, and community organizations. Together, we developed an initiative that led to the creation of New York City’s first French-English dual-language programs in public schools. In addition to that, I was involved in similar initiatives that led to the creation of dual-language programs in Japanese, German, Italian, and Russian. In 2014, our story caught the attention of numerous media outlets including the New York Times, which published an article on the rise of dual-language programs in New York that highlighted their potential positive impact on public school communities. An interesting debate ensued regarding the relevance of teaching foreign languages today in the United States and the validity of early language acquisition. This debate, and the questions that it raised among parents within several linguistic communities, pushed me to write this book and create this platform.

As the father of two bilingual and bicultural girls who attend a dual-language program in a public school in Brooklyn, I am also deeply attached to the concept of dual-language education as a way to both sustain a cultural heritage and acquire a second language. I wanted the book and the platform to be directed towards parents, with the goal of providing accessible knowledge, guidance, and encouragement as they consider implementing a dual-language program in their community or school. In that spirit, the book and the platform provide a roadmap for parents willing to embark on such an initiative, along with suggested steps to follow, examples, and testimonies from parents and educators who have chosen a similar path.

Through my research, as well as my professional and personal experiences, I have found that children who have had a bilingual upbringing enjoy numerous benefits beyond the acquisition of another language, including a better appreciation of other cultures, other individuals, and even oneself. Additionally, I have come to believe that the cognitive, emotional, and social advantages of being bilingual, biliterate, and multicultural should simply not be limited to private schools and those who can afford to attend them. In my opinion, dual-language education is a universal good that ought to be developed everywhere, as it can positively transform a child, a family, a school, a community, and even a country. It is with this belief and with the conviction that parents can make a difference that I share both the book and the platform an in the hope that more bilingual programs will sprout in schools around the world.