What a day! Who would have thought 10 years ago that this day would come. Last Wednesday, President Emmanuel Macron inaugurated our French Dual Language Fund at the CUNY Graduate Center on Fifth Avenue in front of a large crowd of educators, parents, and supporters. His words in favor of bilingual education and the bridges that we create when we know more than one language resonated with all of us.

The students’ powerful performances added a level of emotion and intensity that touched all hearts in the room as well as those watching online. First, Boerum Hill School for International Studies performed their award-winning play Alertez!/Alert!, directed by stage director Stéphanie Fribourg.

The president’s speech was followed by the national anthems sung beautifully by the students of P.S. 58, directed by music teacher Stephen Cedermark. A memorable moment for all the parents, educators, and children involved. An apotheosis for the Bilingual Revolution. 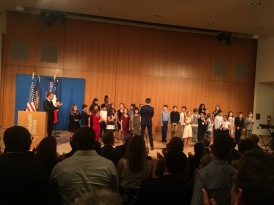 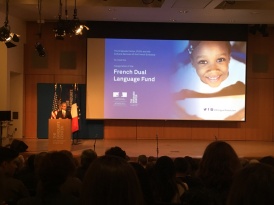 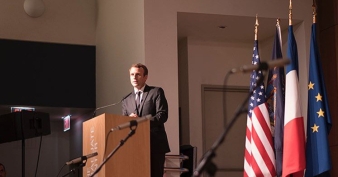 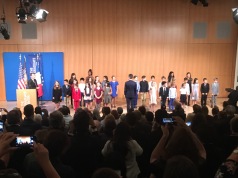 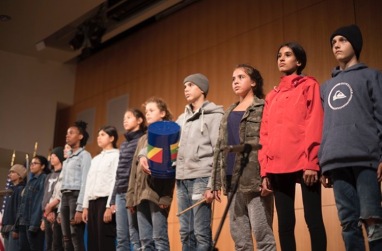 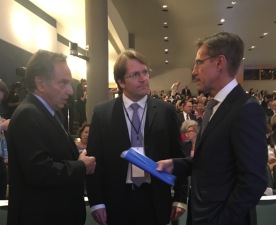 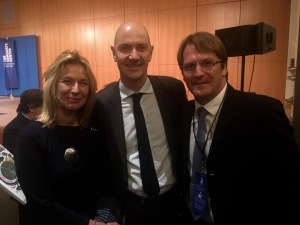 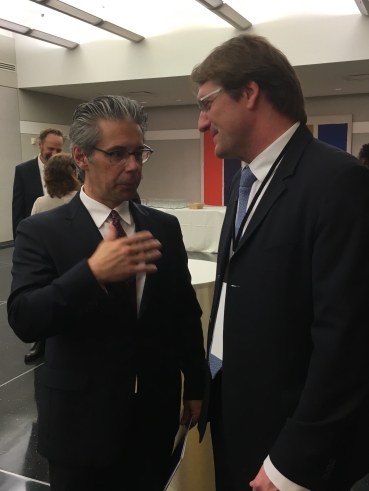 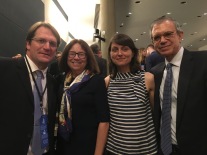 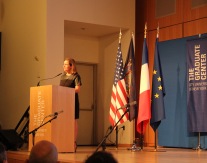 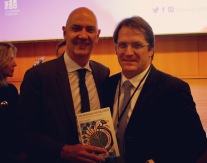 Read the speech of Emmanuel Macron here [in French].

And here is a short video of P.S. 58 students singing La Marseillaise: